April 8: This day, that year in music history 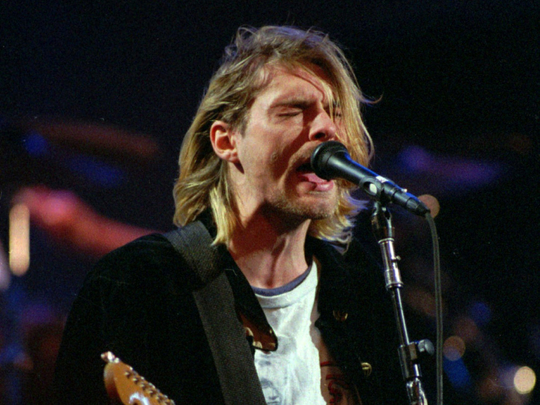 The body of Kurt Cobain, frontman of the iconic grunge band Nirvana, was discovered lying on the floor of his Seattle home by electrician Gary Smith, who was working on the singer’s greenhouse. It was three days after he had taken his life. Local radio station KXRX broke the news at 9.40am.

The gun he reportedly shot himself with was found next to his body as was a suicide note that said, ‘I haven’t felt the excitement of listening to as well as creating music, along with really writing . . . for too many years now’.

Forensics discovered a high concentration of heroin and traces of Valium in the singer’s body.

Sandie Shaw, one of the most successful British female singers of the 1960s, won the Eurovision Song Contest held in Vienna with the song ‘Puppet On A String’. She became the first UK women artist to win the international song competition organised annually since 1956 by the European Broadcasting Union (EBU).

Shaw said she hated the song “from the very first oompah to the final bang on the bass drum.”

Later she would be trolled as the long note at the beginning of the song was a rip-off from ‘Volare’, the very first hit song from Italian pop star Domenico Modugno’s No 1 hit single from 1958.

‘Woodstock’, a documentary of the landmark music festival held at Yasgur’s Farm, Bethel, New York, in August of 1969, premiered in London. Entertainment Weekly called the film the benchmark of concert movies and one of the most entertaining documentaries ever made. It achieved great commercial and critical success and won the Academy Award for Best Documentary Feature.