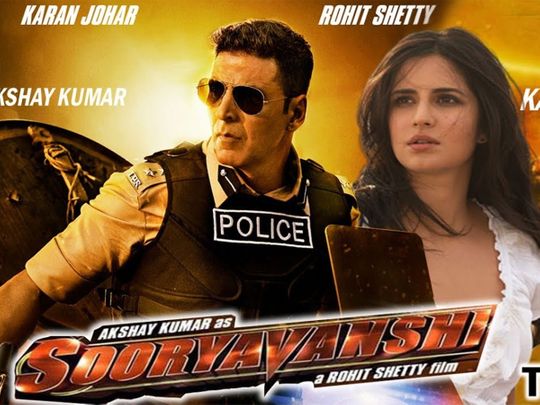 The release of Bollywood actor Akshay Kumar’s much-anticipated cop drama ‘Sooryavanshi’ has been postponed indefinitely due to the rising cases of COVID-19 in the Indian state of Maharashtra.

The star-studded cop vehicle, also featuring Katrina Kaif, Ajay Devgn and Ranveer Singh, was initially scheduled to release on March 24 last year but was later moved to April 30 this year.

According to reports, director Rohit Shetty arrived at this decision after his meeting with Maharashtra Chief Minister Uddhav Thackeray on April 4 to discuss the pandemic situation in the state. Their mutual decision to put the movie on hold to contain the spread of COVID-19 was hailed by the influential politician.

“In the meeting, Mr Uddhav Thackeray appreciated Rohit Shetty as he took the brave and difficult decision of postponing ‘Sooryavanshi’ owing to the current COVID situation in the state,” said Thackeray’s team in a statement.

Earlier this week, Kumar tested positive for COVID-19 and was shifted to a hospital in Mumbai as a precautionary measure.

The decision to postpone the release of ‘Sooryavanshi’ follows a dramatic announcement by its lead stars in mid-March. Amidst much virtual fanfare, Kumar and Singh announced on director Shetty’s birthday that they will release their big-budget action film on April 30 as they dropped its teaser video.

Kumar added a special message along with his post, writing: “Sooryavanshi : Because A Promise Is A Promise. We promised you all a cinematic experience and that’s what you will get… The wait is finally over! Aa Rahi Hai Police [The police is coming] #Sooryavanshi releasing worldwide in cinemas on 30th April 2021.”

But their promise to their fans will have to wait for now.

Several Bollywood filmmakers have taken the tough call to postpone their impending releases due to the rise in COVID-19 cases in India.