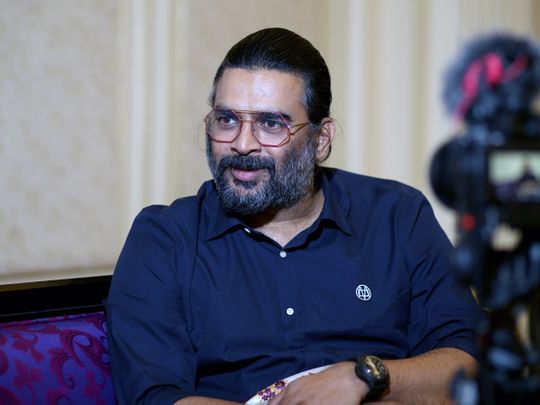 The actor took to his Instagram to chronicle his recent meeting with the political leader and shared a series of images.

The ‘3 Idiots’ star was accompanied by Nambi Narayan, the person on whom the sci-fi biopic is based on.

Narayanan was a former rocket scientist at the Indian Space Research Organisation (ISRO) who was falsely charged with espionage and arrested in 1994. He was acquitted by the Supreme Court in 1998.

The images show the three of them in an austere conference room having a conversation with masks on and maintaining social distancing.

“A few weeks ago, @NambiNOfficial and I had the honour of calling on PM @narendramodi. We spoke on the upcoming film #Rocketrythefilm and were touched and honoured by PM’s reaction to the clips and concern for Nambi ji & the wrong done to him. Thank you for the privilege sir,” wrote R Madhavan.

Modi, who is known to hobnob with a galaxy of Bollywood stars and taking selfies with them, reciprocated his sentiment.

“Happy to have met you and the brilliant Nambi Narayanan Ji. This film covers an important topic, which more people must know about,” wrote Modi.

R Madhavan’s debut directorial features him as the lead actor and its writer as he documents the trials and triumphs faced by Narayanan.

R Madhavan, who recently battled COVID-19, underwent an intense physical transformation for this role. He will play Narayanan from the ages of 27 to 70 and claims that he has tried to be authentic to his character. Actress Simran will play the female lead. The two acted together 15 years ago and this ambitious film is hailed as their re-union.

‘Rocketry’, shot across six countries, is co-directed by Prajesh Sen, who helmed the Malayalam movie, ‘Vellam’.

As soon as its trailer released, actors including Priyanka Chopra Jonas and Amitabh Bachchan hailed R Madhavan for his genius in directing.

The movie was scheduled to release last year but was put on hold due to the pandemic. The new release date is yet to be finalised.

‘Rocketry: The Nambi Effect’ will be released simultaneously in six languages including Hindi, English, Tamil, Kannada, Telugu and Malayalam.