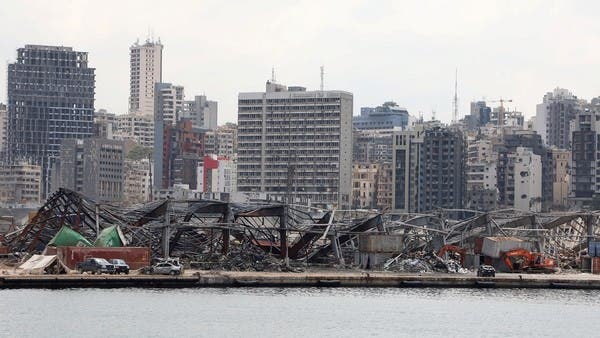 
The judge investigating last year’s massive explosion at Beirut’s port on Tuesday requested that countries with satellites stationed over Lebanon provide authorities with images that could help their investigation, the state news agency reported.

National News Agency did not name the countries that Judge Tarek Bitar asked for images of the port before, during and after the blast.

Nearly 3,000 tons of ammonium nitrates – a highly explosive material used in fertilizers – had been improperly stored in the port for years. The catastrophic blast on Aug. 4 killed 211 people and injured more than 6,000, devastating nearby neighborhoods.

Days after the explosion, President Michel Aoun said he had asked France, which has close ties to its former colony, for satellite images from the time to see if they showed any planes or missiles. In the immediate aftermath of the blast, authorities did not rule out an attack, though no evidence emerged to suggest it.

Outgoing Prime Minister Hassan Diab had also said after the explosion that he asked French President Emmanuel Macron for satellite images of the port before and after the blast.

Nine months later, it remains unknown what triggered an initial fire at the warehouse that then caused the explosion or who was responsible for storing the rotting fertilizer at the port warehouse for years.

Bitar was named to lead the investigation in February after his predecessor was removed following legal challenges by two former Cabinet ministers he had accused of negligence. The news agency said Bitar will soon begin questioning witnesses whose testimonies were not taken before. It gave no further details.

In mid-April, Bitar ordered the release of six people, including security officers, who had been detained for months. Among those released was an officer who had written a detailed warning to top officials prior to the explosion about the dangers of the material stored at the port.

Nineteen people, including port officials and the head of the customs department, remain in custody.

Human Rights Watch said Lebanese authorities have failed to detail the evidence and charges against the individuals detained, questioning if they were afforded due process.

Massive explosions rock Lebanon’s capital of Beirut; Trump says it was an ‘attack’

The United States has withdrawn military and civilian personnel from Israel due to the recent uptick in violence between Palestinian factions and...
Read more

Airbnb reported Thursday that its first-quarter loss more than tripled, to $1.17 billion, as travel remained depressed by the pandemic, but revenue topped...
Read more

Pfizer Inc repeatedly offered to sell its COVID-19 vaccine to Brazil’s Health Ministry between August and November last year, but got no answer...
Read more
Go to mobile version