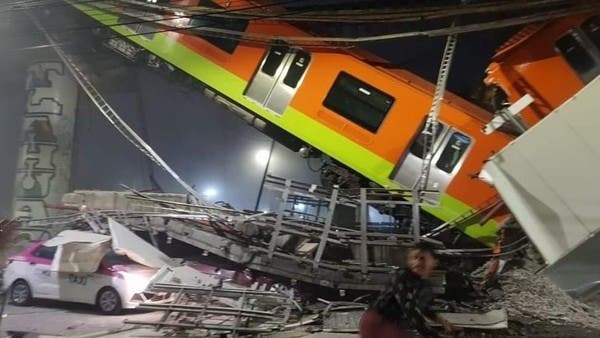 For all the latest headlines, follow our Google News channel online or via the app.

A video on local channel Milenio TV shows the overpass collapsing on top of cars on a road below.

The accident left a preliminary toll of 13 dead and 70 injured, according to the city’s Comprehensive Risk Management and Civil Protection Agency.

Mexico City mayor Claudia Sheinbaum traveled to the scene of the accident and said on Twitter that “firefighters, public safety personnel are working. Various hospitals attending. We will give more information shortly.”

Other videos on television stations and social media showed emergency medical crews and firefighters combing through the wreckage looking for survivors.

The United States has withdrawn military and civilian personnel from Israel due to the recent uptick in violence between Palestinian factions and...
Read more
Al Arabia

The United States has blocked a public UN Security Council meeting to discuss and issue a statement regarding the escalating violence between Israel...
Read more